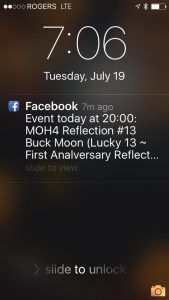 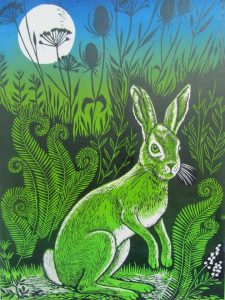 The Full Buck Moon – July July is normally the month when the new antlers of buck deer push out of their foreheads in coatings of velvety fur. It was also often called the Full Thunder Moon, for the reason that thunderstorms are most frequent during this time. Another name for this month’s Moon was the Full Hay Moon. 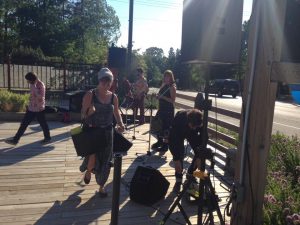 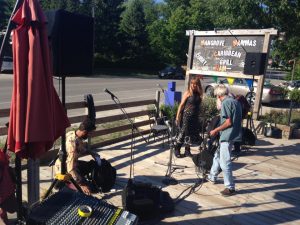 As a special treat to celebrate our First Analversary, MOH4 will be presenting Eastern European Space-folk band ~ Taluna, live in concert after the On On! 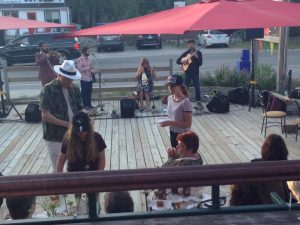 A common thread runs from Dubrovnik to Vukovar, passing through Belgrade, touching lightly Tirana and Athens. A thread flowing underwater touching Brindisi and passing through Mediterranean, skimming the Andalusia coast.
A thread moves on guitars and violins chords, rebounds on leather drums curving on the accordion keys. 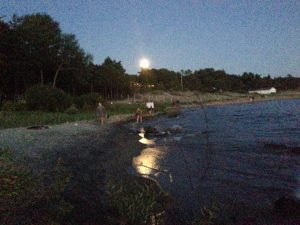 Knot of these connections, these are Taluna. Band formed by four musicians with different roots and backgrounds, moving their first steps in 2008 in Turin (Italy); an immigrant’s city become a meltin’ pot of Central Europe and North Africa cultures. 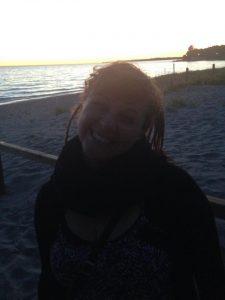 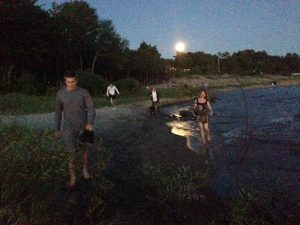 “The four components of the group Taluna, artistically formed in Turin but with very different backgrounds, define their musical style as “Space Folk Made in Italy”. 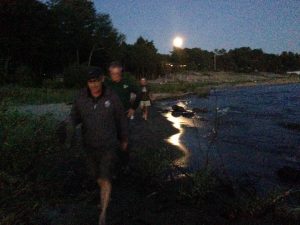 This is the incredible result of different artistic formations of the four Italian musicians, which have their roots not only in Piedmont, but also in Apulia, Abruzzo, Liguria, even beyond Italian borders as in France and Eastern Europe. 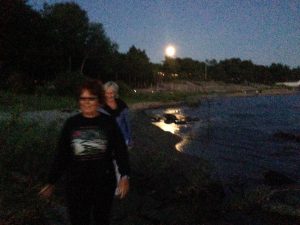 Gaia Mobilij is center stage with his accordion, the old “lira Calabrese” and her warm and evocative voice, the violin of Marco Ghezzo exudes elegant notes that make the audience dream and dance, Camilo Nu is a multi-instrumentalist musician who involved with artists from different latitudes, finally the tambourine of eclectic Giuseppe Leone emanates the vibrant pulse of the group, with continuous reminder of the “taranta of Salento”. 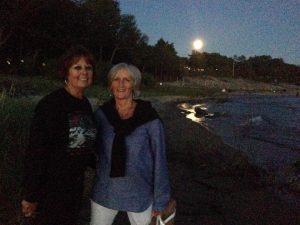 The artistic result of Taluna’s creativity is a very unique and special sound. 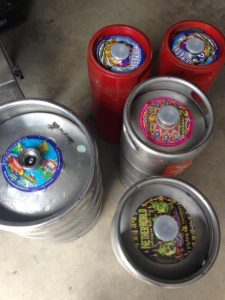 The real strength of the group are the autographs pieces, all songs from their album “Exper” are written by them individually and arranged together, in a collection which brings together all genres and styles referring to Taluna: ethnic music (Rom, Balkan ), popular music (Occitan), the “pizzica” of Salento, Latin and Jazz.”(R.Natalini,L’Italo-americano,San Francisco) 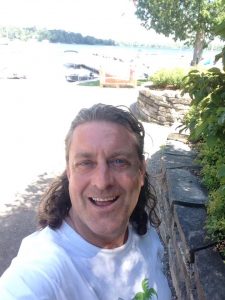 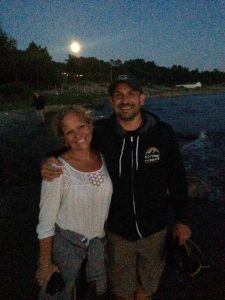 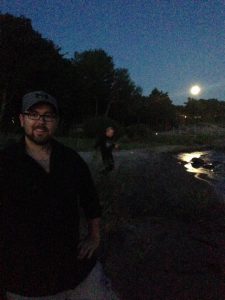 Samuel de Champain-in-the-Ass & Holly Muc will be hosts and hares for this Lucky Thirteenth Reflection celebrating our 1st year as a Full Moon Kennel!!! 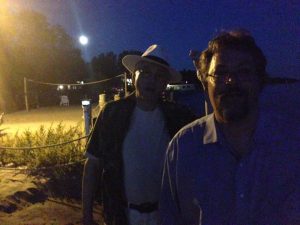 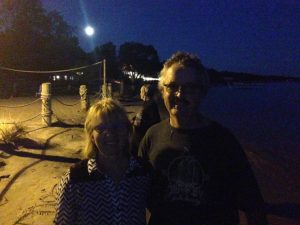 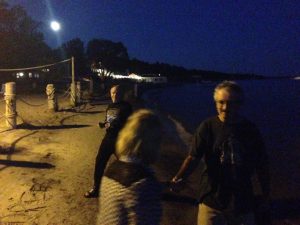 To celebrate our thirteenth Reflection and First Analversary, we through a Caribbean themed dinner at Samuel de Champain-in-the-ass’s new Mangrove Mammas grill, with musical guests and space-folk band, Taluna (live all the way from Italy!). 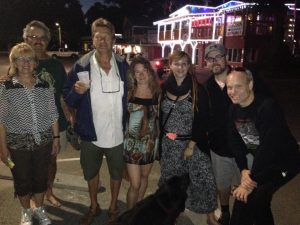 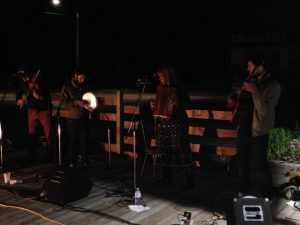 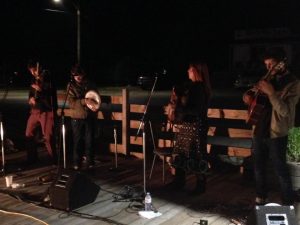 The evenings hare Rob Doda, led the Pack down through some Balm Beach bush trails eventually popping out on the beach as the majestic Buck moon rose above the tree line illuminating Nottawasaga Bay. 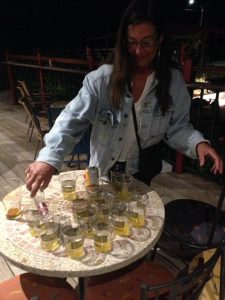 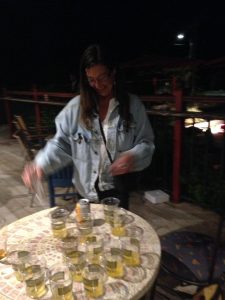 On On,
Messiah (Hash Flash) 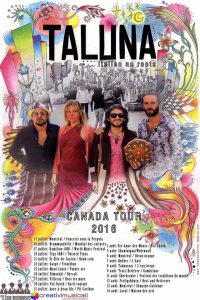 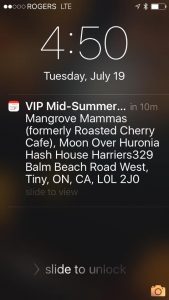